The city of Brisbane has some lovely racing venues spread across its vicinity, with both country style and metropolitan race courses on the list. Given the high-end racing facilities, some of the most popular racing events are held both in the winters and the summers on pristine surfaces.  Choose Brisbane bushire charter for a convenient ride to these must-visit racecourses in and around the city.

Founded in the year 1933, the Doomben Racecourse is an integral part of the Brisbane Racing Club with a rich history behind it. It is one of the principle horseracing tracks which is popularly renowned as ‘The Garden Racecourse’. Offering a picturesque landscape of gardens in the surroundings, the venue is said to host as many as 46 meetings annually. There are 24 Saturday race meetings, 20 midweek meetings and a couple of public holiday race meetings.

The Doomben track is oval in shape, outlining a circumference of 1715m, along with a 350m straight on a right handed track. Depending on the winter and summer racing carnivals, the triple chutes can be adjusted from different marks. Three of the major Group 1 events are conducted here during the month of May.

The racing history of Brisbane is deeply connected to this iconic venue that has been there for decades. Ever since 1865, it has hosted a number of horse races, including some of the most popular meetings from the winter carnival. Hardly a 20-minute drive from the Brisbane CBD, the track is under the supervision of Brisbane Racing Club, an incorporation of Brisbane and Queensland Turf Club. It has been hosting all the major events since 2009 July.

With extensive turns on either sides of the straight, this right-handed racing track is typically oval in shape, featuring a 2027m circumference and a 434m straight. It is situated opposite the Doomben racecourse. For training purposes, they also have slow paced tracks designed specifically for the reason. With iconic buildings and beautiful gardens, Eagle Farm Racecourse is also a perfect spot to host some indoor events, with plenty of choices available. Brisbane’s winter carnival kicks off in the month of May, and continues up to June with an extensive line-up of race meets. Better book your tickets in advance to get a seat!

You cannot find a better beachfront location than the Gold Coast in Brisbane, brimming with a relaxing ambiance and laid-back lifestyle. Add to that, the pleasure of watching a horserace in such an atmosphere as that of Gold Coast Racecourse, which was previously called by the name of Southport and District Amateur Race club. It was way back in 1971, when the first ever racing event was conducted on this sandy track. This was a time when weekly meetings were organised every Saturday. The brand new grass track saw its opening ceremony with a 3-day celebration of Newmarket Gold Coast.

With extensive curves and bends, the racing track has a boundary circumference of 1885 meters and a straight length of 400 metres. The venue is perfect for races between 1200 to 1800 meters, although the racing length ranges from 900 to 3200 meters. More than 60 race meetings are held every season, with some major events scheduled all through the year. One of the key attractions is the Conrad Jupiters Magic Carnival. Other major events include Easter Carnival and Gold Coast City Cup.

Boasting state-of-the-art horse racing facilities, the Sunshine Coast Racecourse is hardly 1-hour drive from the Brisbane city. It is a relatively new track with modern amenities on offer. The first ever horse race meeting took place here in July 1985. With 960 lights and 40 towers encircling the course, it is a special feeling to watch a night racing event.

The club has been segregated into 3 different tracks including a grass training track, the Course Proper and the synthetic cushion track, which is the first of its kinds in Australia. With far-reaching bends and exceptional long straight, the track has a 1967m circumference, covering the length of a lagoon’s perimeter.  Whether you are here to wager on your favourite jockey or to make your horse run on this amazing track, the venue has got you covered with plenty on offer throughout the year.

Originally known as the Bundamba Racecourse, the Ipswich Racing Club was founded in 1890, with its steep history dating back to the mid-19th century. The club got its current name 100 years after its inception, and it has grown to be one of the topmost racing destination in the country. It is 30 km outside of the city, located in the suburban region of Bundamba. Over 46 race meets are conducted annually at this track, featuring 1746m course proper, 300m home straight and 5 chutes. Ipswich Cup is one of the most popular events hosted by this venue in the month of June, attracting punters and enthusiasts from all parts of the country.

In addition to being a picturesque racing destination, it has got to offer patrons with a wide array of facilities including corporate events, birthday parties, weddings and more.

Also known by the name of Clifford Park Racecourse, the Toowoomba Racecourse is one of the oldest in the country, having hosted the first ever racing event in the year 1862. It is presently under the supervision of Toowoomba Turf Club, which was created in 1882.

The typically oval-shaped racing track with a clockwise run features a track circumference of 1750m and a long straight of 360m. It was recently transformed into two artificial turf courses, replacing the original grass track. The venue is said to have hosted the first ever racing event under the lights in the year 1994. Presently, it is the only racecourse that offers twilight racing for thoroughbreds. If you are one of those who fancy putting stakes on the outcome of the race, there’s a dedicated ring where you can deal with top bookmakers. Onsite public bars and top-notch restaurants make up for a great racing destination.

Your may also enjoy: 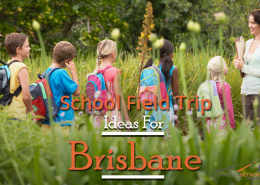 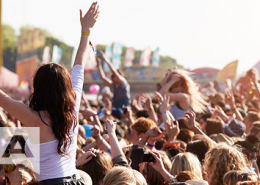 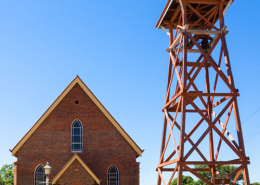 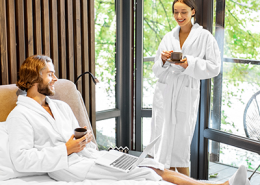 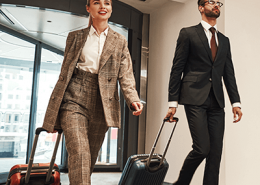 July 2, 2019
END_OF_DOCUMENT_TOKEN_TO_BE_REPLACED
From Comfort to Price: The Many Benefits of Bus Charter